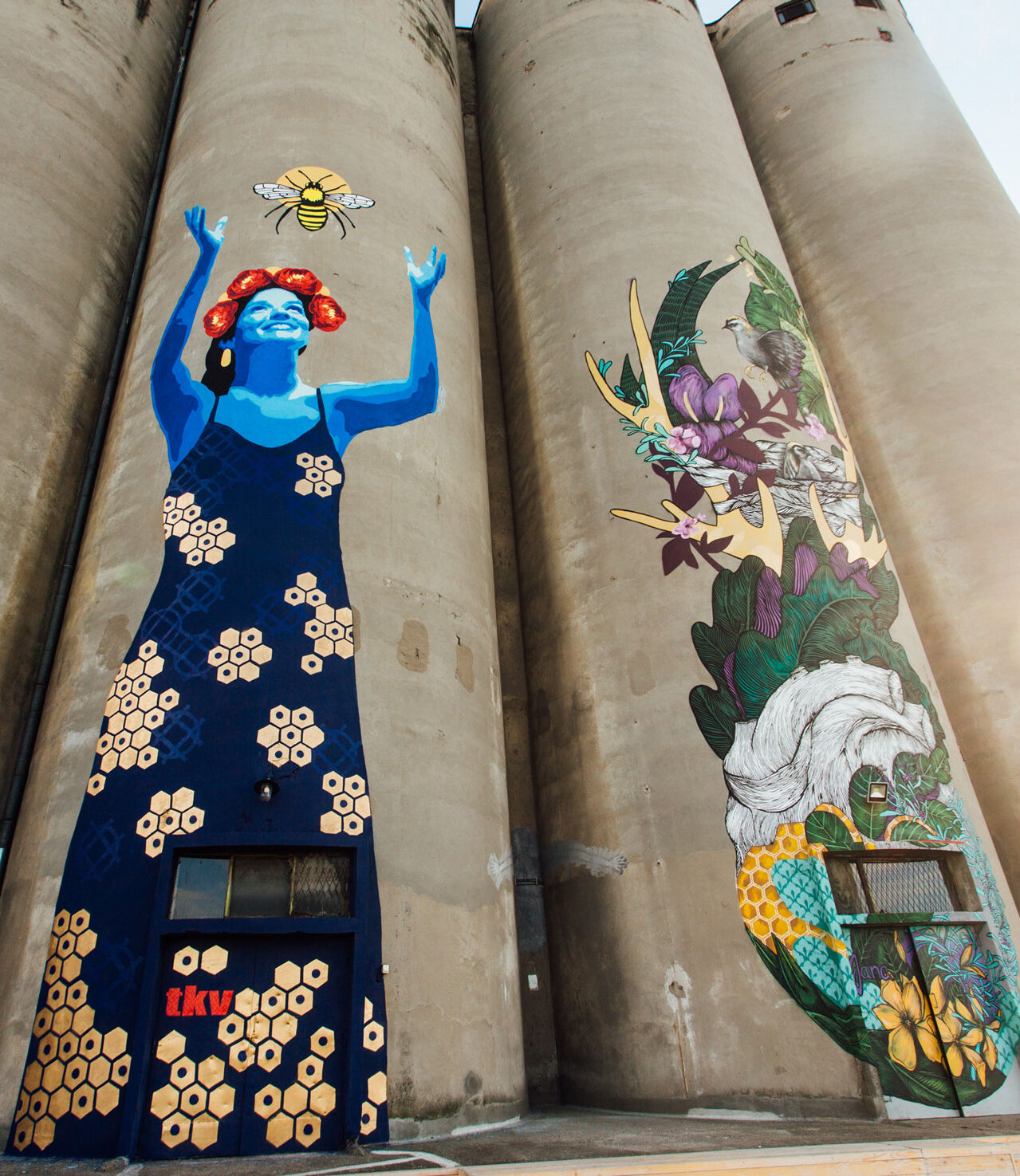 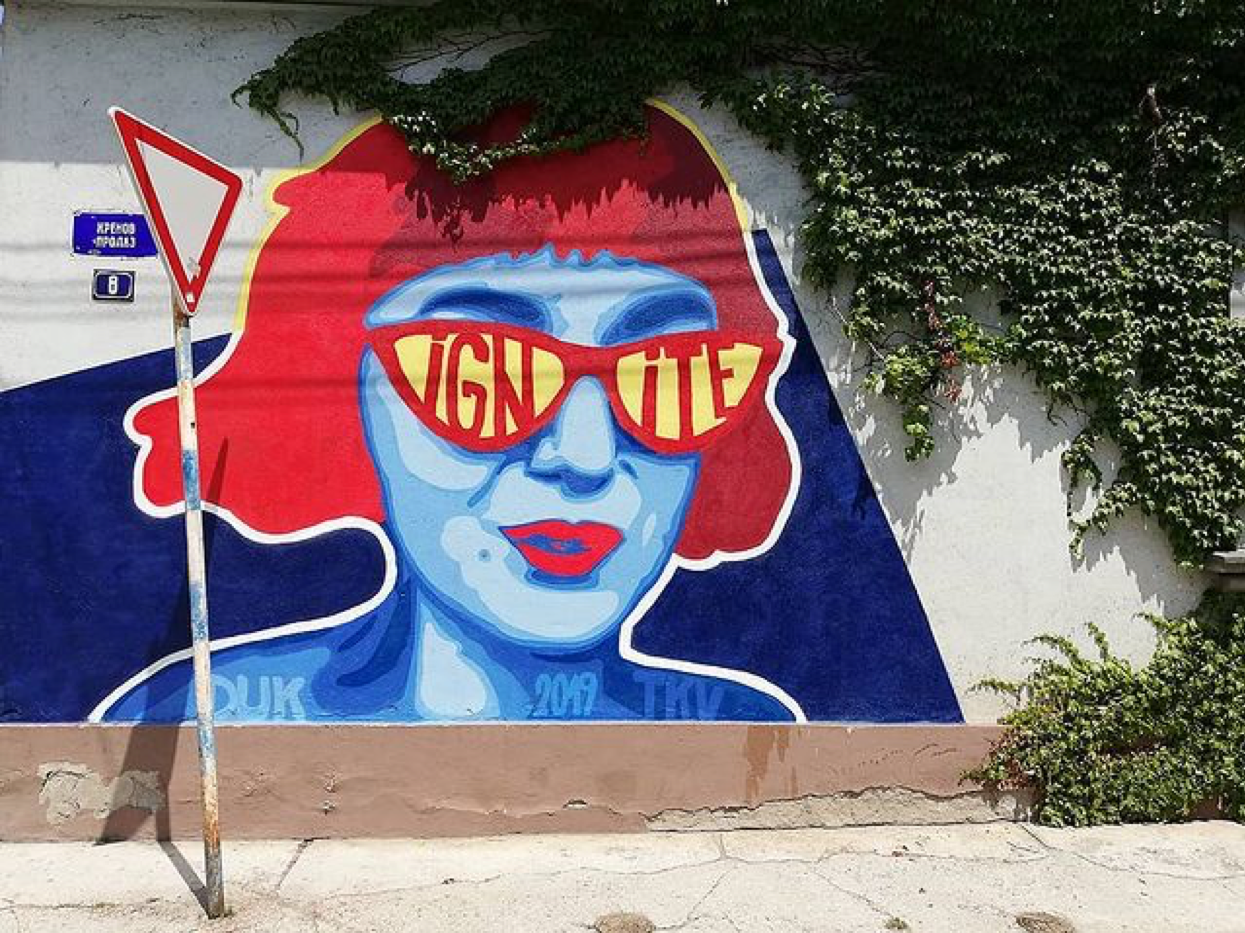 Alexandra is both a queen and a fairy.

She is very aware of her position: she is a great woman who changes her and our faces on the facades. We see them everywhere in the city, where no one expects them. The people she created wink behind the containers, proudly standing on the high Silos, Dorcol Platz, city markets, parks, and squares.

The face of Belgrade has changed since she started shyly signing TKV on graffiti 15 years ago. Faces of imaginary women in dresses with flowers and dots, portraits of some Indian queen, beauties from Hollywood movies, fictional heroines inspired by friends.

TKV is a feminist and actively raises her voice for women. He participates in various projects for children and cooperates with major brands, UNICEF, and embassies. She has exhibitions all over the world. She loves circus and theater troupes with which he prepares new projects. She is an uncompromising fighter but also a gentle cuddly kitten. She can paint both with her hands and feet. She squeaks and twists enchantingly as a new woman emerges from under her feet.

The French Republic recently awarded her the Special Order of the Knight of Arts and Literature. She says she dedicated the medal to the street. And how much trepidation she had, and a sense of responsibility: chivalry in culture, values ​​she builds for some new generations!

If I tried to describe her, a burst like this would come out: brushes, paints, sprays, scaffolding, and walls. Eyeliner, spiky nails in flashy colors, kimono; hairstyle, and hair color always in the phase of change, cat glasses, turbans, hair bands; she is a sexy bride in a vintage wedding dress with a veil, Audrey H, Jackie O, Amy W, M.I.A, Amelie Pullen.

Tina Danilović – You are my whole world

What feelings are driving you in Davor’s paintings?