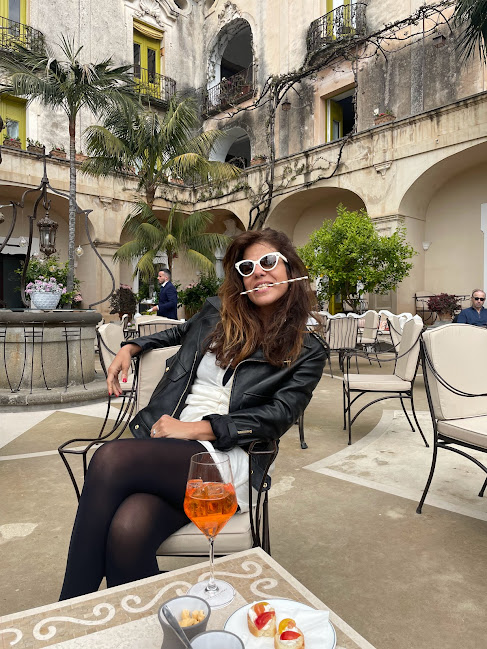 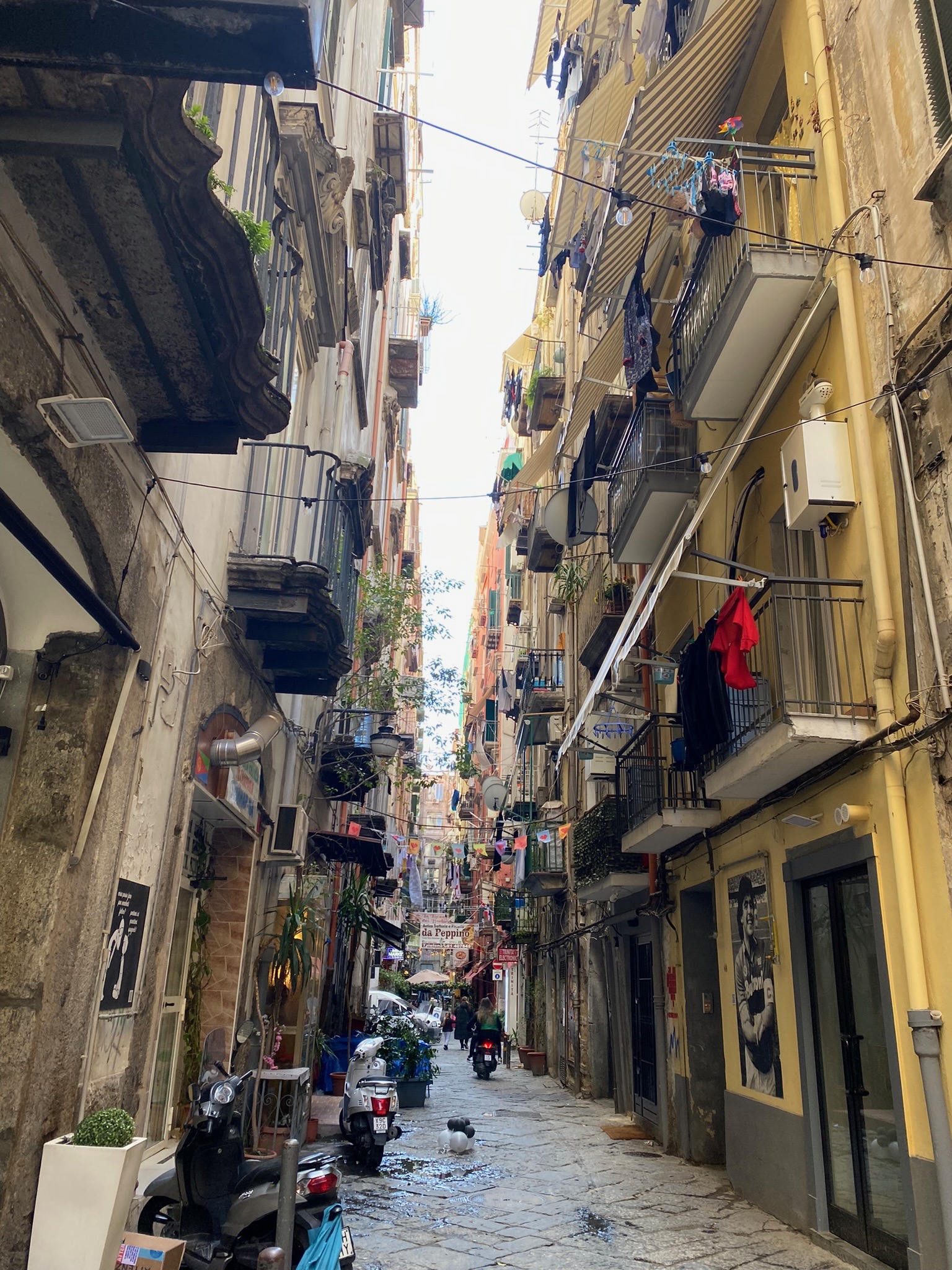 In addition to all that, there is also football. Paolo Sorrentino says that it is because football and film are similar. “Football led me to film”.
There, Maradona is an icon and a saint. His face comes out of every shop window, framed by neon lights, and people pray with icons with his face.

Sorrentino’s Naples is full of pink melancholy and nostalgia.

Ok, many artists stay linked to the city where they grew up. Cities themselves become characters, strong characters with singing housewives, and drunken street musicians. Black and white photographs in the windows of old barbershops. “No one is leaving this city.”

Naples punched me in the stomach. Maradona scored. My stomach got twisted and stayed like that for days. The Gulf of Naples has a rough sea. Angry and jagged. It throws in all directions. Whenever you go to one of the nearby islands, the sea first tells you the story of Naples.

I step on the ground once again in the direction of la città Alta (upper town) where Castel Sant’Elmo is. My stomach calmed down when I reached the historical place where “She” is made. Her Majesty Neapolitan pizza, according to a 1916 recipe at the Gorizia pizzeria 1916. Salvatore Antonio Grasso is the fifth generation of pizza makers in the pizzeria where the “First pizza” secret recipe is kept. Another espresso on the go and Aperol spritz in one of the street cafes next to the Accademia di Belle Arti di Napoli.

Speaking of the art, I have to mention the brothers Diego and Marco Simonetti. They are the owners of the small fish restaurant Diego Fish Club, in Ascensione Square. The menu includes only fish from the daily catch and seasonal vegetables. Diego also served us, so we asked him if his brother Marko was the boss or him. He said he is also the boss and everything else required ” (I don’t know what Marko would say).

P.S. in the Fondazione Made in Cloister gallery you can see the exhibition Interaction Napoli until September 17, 2022. among the exhibiting artists are Joana Vasconcelos, Ljubodrag Andrić, Julian Schnabel, Mimmo Paladino, Nicola Veri, Vibeke Slingstad, Natee Ronald, Utarit Serena Vestruči, Wang Guangji, and others.