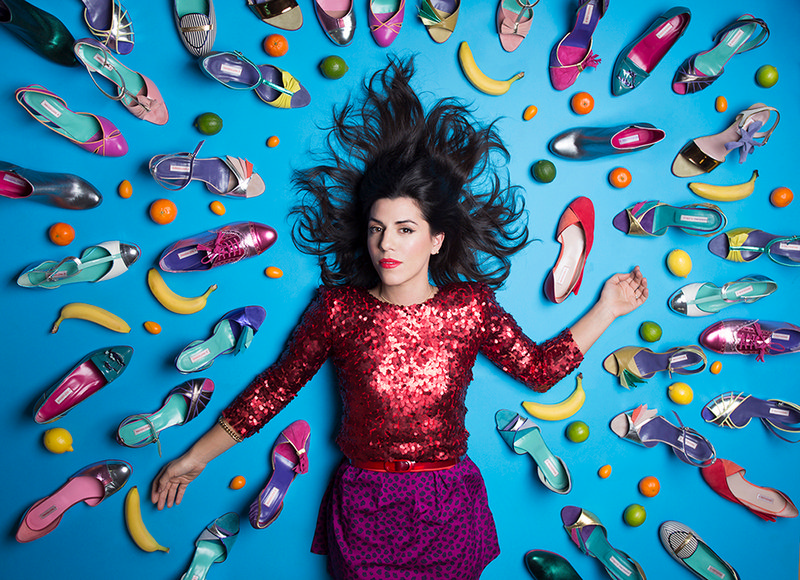 Oh, you just want to have all her shoes, because they are not just shoes, nor something that can be taken off and put on. Magdalene’s shoes do the talking for you, and that’s why it’s so important where you wear them.

Magdalena Klašnja owns a small workshop in Zemun, where she grew up. She knows every neighborhood and the Danube and all its hidden channels, where and how to speed up when you’re on a boat, how the winds blow, and where it’s easy to get stuck. The most important thing is to know that the Danube will always bring you back to the place from where you started (if you go against the flow of the river).

In her creative space, you feel as if time has stopped. We try to chat quickly between packing, new orders, phones, supplies, and bills.
There is shoe leather in all colors: golden, copper with dust, all possible pastels, and then those thick, intense, and purple in several shades. Whatever you want. And she makes shoes just for you. Custom made, like for Cinderella.

She plays with materials, molds, straps, heels, and zippers in places where you least expect them. Her shoes talk, wink, and fly on the streets of big metropolises.
They have names: Manja, Lucia, Alex, Lena, and what is much more important, her shoes have character, cannot be worn by anyone, and it is not even desirable.

Passers-by ask you what kind of shoes they those, and run to remind you that you didn’t zip up the back of it (which is exactly how I like it). Inside one color, outside another, leather sole always in cyclamen.

Whenever I contact Magdalena with another wish and combination, she answers me with a voice of a happy child “It can! Why not! Let’s try it!”.
(of course, she made left and right shoes in different colors for me, I’ll show you)

Magdalena is doing what she loves most in life – making shoes. She once stated all she wants is for this game to last as long as possible.

But her games aren’t just about shoes. She works as a costume designer in theater and film and is constantly preparing new projects. She is fast with the sewing machine, making you anything you can imagine, in no time.

For me, she is an inspiration and everything she makes with her signature. I often think that the two of us somehow look alike and that it’s no coincidence that I wear those shoes almost every day of the year.

Magdalena Klašnja has that “extra” that I often talk about when I mention highly talented people: she drives a boat, prepares costumes for a film, buys leather for new shoes, rushes by car from Zemun to be on time to open a shop in Čumić, glues, remodels, erases, always stands while she works to move faster, and with the voice of a little girl speaks densely packed sentences full of love for the work she does.

Come on now, tell me, which shoes would you order first and in what color?
You have trouble choosing, and I completely understand.

Lalica – a designer who creates a new woman