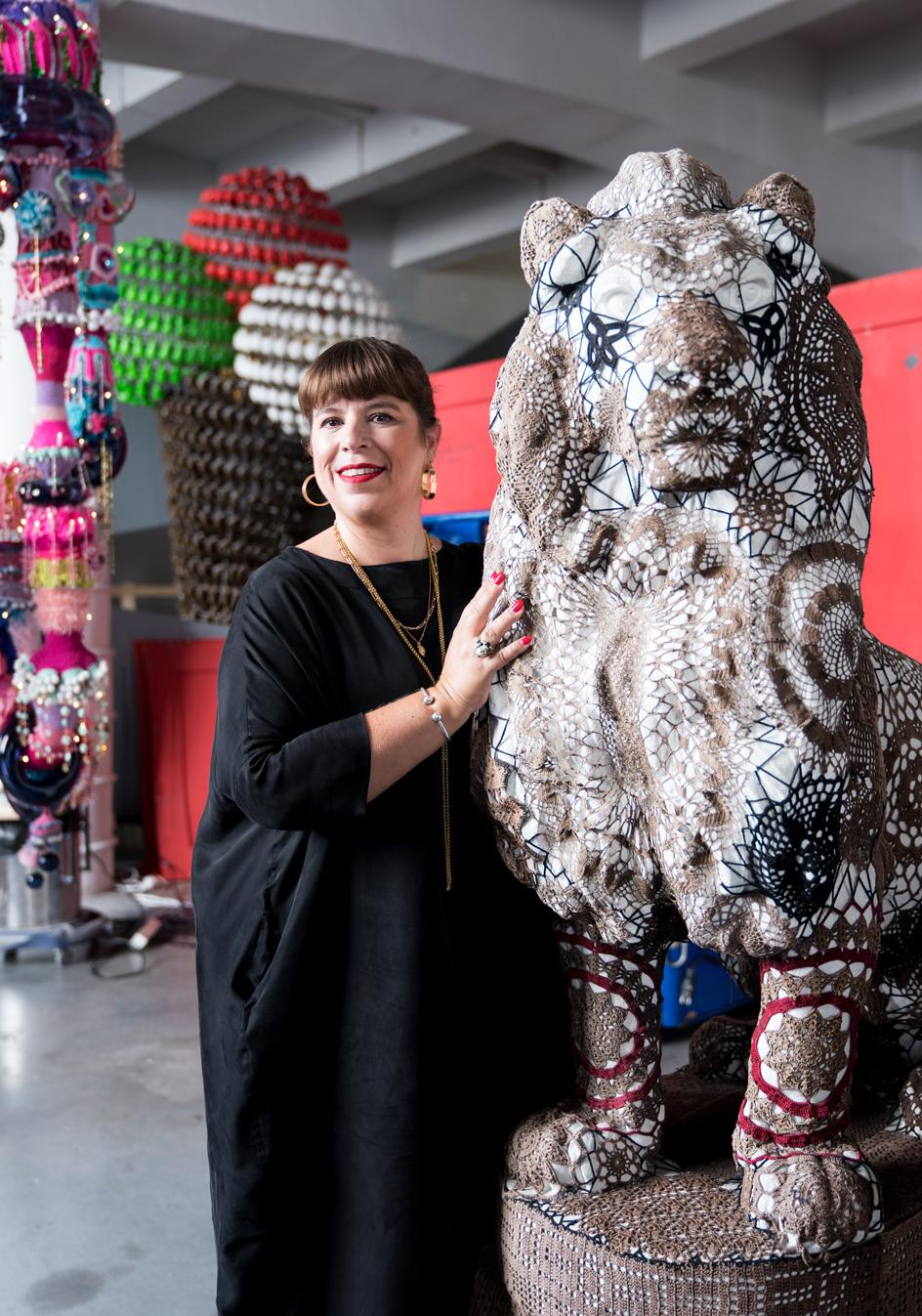 It all started in 2005 when she shocked the public with her work at the Venice Biennale: A chandelier made of 25,000 tampons symbolically named “The bride” to break taboos on the issues of female sexuality. Joanna is known for her works that have a strong “feminine” message. Her works of art, giant sculptures made of unusual materials, have an important place on the cultural map of the world.

After “The bride” she made a sculpture from silver pans and lids in the shape of a 3m long shoe, which she named “Marilyn”. The textile installation was crocheted by a thousand women in Portugal, and you could see it on display on the famous bridge in Porto.

She is the first and youngest artist to exhibit in Versailles. The same Versailles forbade exposing “The bride” because of its sexual connotations. Joana broke the rules many times. Her works give a new look at consumerism, feminism, and nature.

Joana. The woman I admire became the subject of my study.

In November, I visited her studio in Lisbon.
Buttons, beads, ribbons, and textiles from all parts of the world and different cultures were everywhere. Her associates are architects, engineers, designers, and ceramists. Women from all parts of Portugal knit and sew. Models of her sculptures are made of real-life-size Portuguese tiles.

If you could only imagine what it looks like to work in such an atmosphere. Workshop as a place where adults play. How much work and joy does Joanna bring to her associates on these projects? How many challenges? How many times do they think that something is impossible, and then a miracle happens?

Joana is currently working on a giant, interactive 12m high wedding cake for the Rothschild Foundation. It started back in 2017, and she doesn’t know exactly when it will end. The idea is that every visitor to Waddesdon Manor Park can enter the cake, climb the stairs to the top and experience the “bride and groom” there.

They say that Joanna’s works give a new meaning to the famous French concept of trompe l’oeil (visual illusion in art, which “deceives” the eye in the experience of painted detail as if it were a three-dimensional object).

If so, why not get married in a cake from now on?

Art in films and the life of Pedro A.

What feelings are driving you in Davor’s paintings?

Who is Shantell Martin?