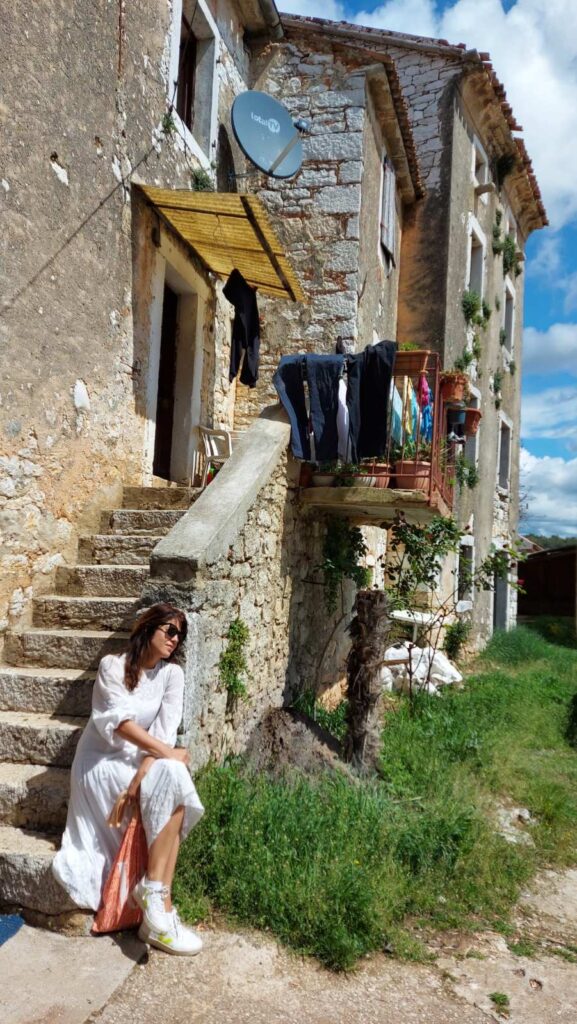 I was lucky to meet Mirko Kovač and listen to stories about his upbringing in Montenegro, Danilo Kiš, Istria, people, wine, and tradition.
He knew how to guide you through the frames of the imaginary dream world, which often seemed so close to me, almost as if it were mine.

When Mirko arrived in Istria, he quickly made friends with whom he discovered some new corners of their country, primary inns in Istria’s countryside. There are stories about indigenous varieties of Malvasia and Teran wines, about the olive tree, that, according to Mirko, is the essence of Istria, its food, longevity, and aesthetics, “because this sacred tree is an inspiration to poets and painters, it symbolizes “paradise of the elected “

Mirko and Boba’s house in Rovinj is reminiscent of one of the Tuscan villages. Mirko wrote on the first floor, and Boba has an atelier in the attic. How much I just liked the bubbling energy between the two of them. They were artists, great people, with significant biographies and the warmth of friends that you seem to have known forever.

Even then, while talking about hanging out with neighbours, cooking, exchanging experiences from Istrian restaurants, going to literary evenings in Pula or Rijeka, and because of all the other pictures they shared with me, I wanted to move there myself.

I learned a lot from Mirko about Istria, it seemed to me that he went into all its hidden depths. They call it Terra incognita and Terra Magica, just as the Roman conquerors saw it when they sailed to the pirates from Histria.

Maybe Mirko helped me understand why the sea has always attracted me. So I come back to him, thinking of reasons to go just a little longer, often in winter, when no one can get into our conversation, into our story that I don’t want to share with anyone.

“The generous creator gave it the shape of a heart and plunged it into the waters of the Adriatic because having the sea is a divine privilege and according to some mythologies, the land without the sea is considered to be deprived of God.”

That was also my idea.