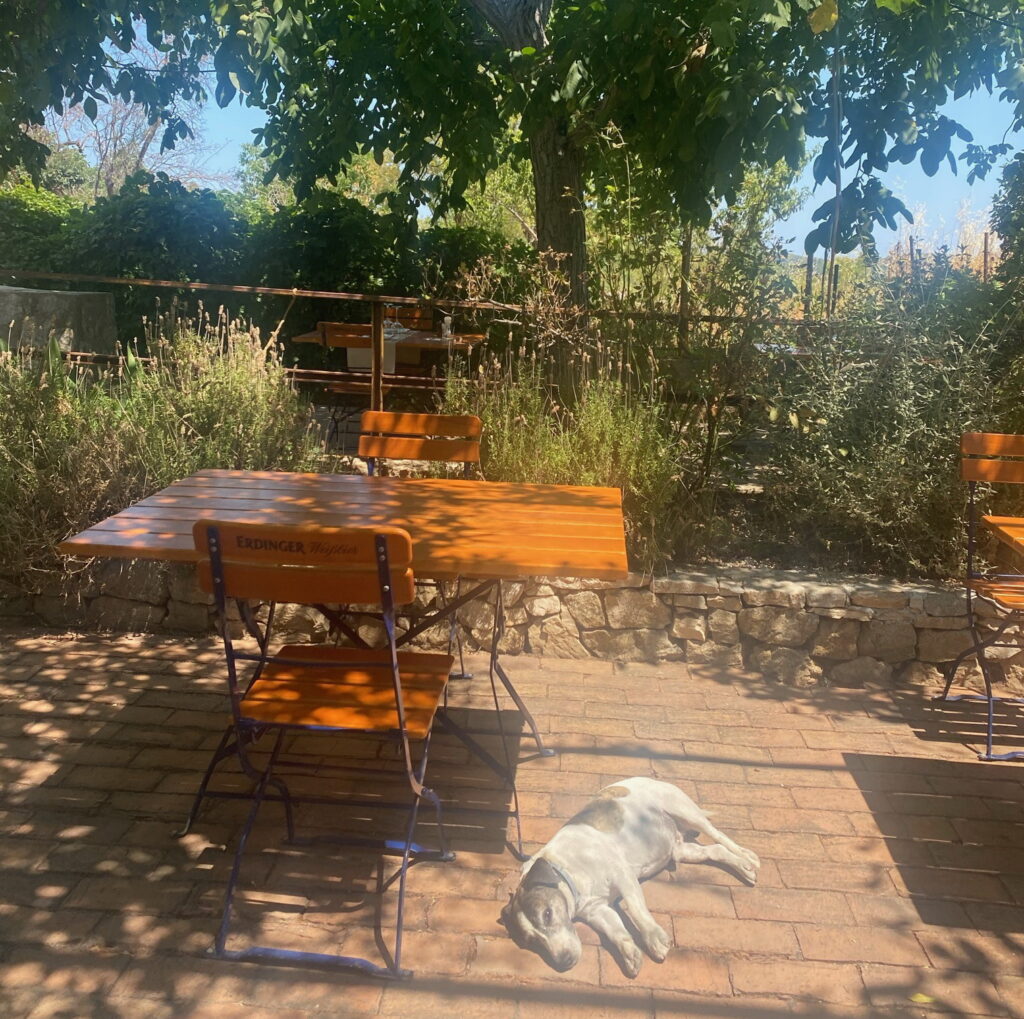 It was a hot August day, and I called the tavern by phone to cancel.
On the island of Vis, we drove a small motorbike from a friend, with which we could barely reach the city, and we could not reach the hill where Plisko polje is without burns on our shoulders.

That is why we wanted to cancel that long-awaited fish roast.

He picked us up. The restaurant owner and his son drive their guests to the restaurant so we can enjoy hours of delicacies and wine.
While driving, I asked him about the cricket field and the worldwide guests who come to his festival in October. His phone rang every few minutes, and he would always repeat the same sentence: “We have no place until next Sunday, no seats, none” Or maybe: “You mean two fish roasts, lamb and octopus. All this is being prepared for a couple of hours before you arrive, so you have to confirm it for me.”

His wines Bugava, Rukatac, and Plavac mali were the first to be bottled in Croatia in the 80s.
We ordered a bottle and sat in the shade of a large carob tree.

“Fjaka” caught us. It’s a state of mind when you get bored and fall asleep in the middle of the day.
The best anecdotes are told at leisure. So Nico Rocky was inspired when he heard the anecdote that cricket was brought to Vis by Commodore William during World War II, who founded a cricket club to reduce the boredom of his soldiers.
Just below the restaurant is the famous Plisko Polje valley, where the airport was during World War II, and later the residents made vineyards in the same place.

All the tables were occupied and I was eavesdropping on conversations at the next table.
No one went to the beach that day. “How are we going to get back from here at all?” He hates to move, let alone to the beach.
I’m not moving from here. ”
“It is a mistake to replace “fjaka with laziness. “Fjaka” is the sublime state of mind and body to which all mankind aspires. ”